A truly inclusive design framework allows the final user to configure his or her living environment by combining a set of essential elements. The simplest of systems is proposed here. Each citizen is given a number of 3.20×3.20m modules. By arranging those on a layout, the users can independently design their dwellings and neighbourhoods. Some modules are housing components (rooms), some are street components (pavements and roads) and some are open space components (trees, benches and patches of green). Such a design method is inclusive. It can be followed and used by anyone, regardless of age and technical or artistic skill. This method is also cooperative and participatory, as agreements to the arrangement of modules are fundamental to achieve a coherent urban ensemble.

This system relies on personal autonomy, maximizing the owners’ freedom of choice in the design of their properties, generating novel and adaptable homes. The system relies also on collective responsibility, to generate an open, inclusive, and green public realm for the community.

A truly inclusive building system is one whose simplicity and flexibility makes it easy and cost-efficient to implement at a reasonably large scale. Such a system develops inexpensive housing by using sound housing dimensions and deploying regular and modular elements that can simultaneously encourage swift and innovative industrialized off-site construction and long-term user-oriented maintenance, conversion, improvement, expansion and modification.

Even if this system can accommodate multiple typologies, a terraced typology is developed here as the means to achieve the required density. The access streets have been compressed to a minimal 9.6m width to achieve a livelier mews street atmosphere, while maximizing the space destined to public open green spaces at the back of the properties. The private back gardens traditionally associated with the typology can be incorporated within the dwellings themselves as open-air terraces and ground floor gardens by interested owners.

In the general layout, the rows destined to terraced dwellings can be segmented into strips. Each owner can purchase a minimum of one strip to a maximum of four strips of land. The density of the development ranges from 19 to 77dw/ha. If all owners purchase four strips the resulting density matches the 19dw/ha figure, if all purchase one strip the density increases to 77dw/ha. A reasonable mix is portrayed in board 1, with a combination of one, two, three and four strips of land typologies. This particular mix achieves a density of 48dw/ha.

Each strip is composed of four 3.20×3.20m modules per level, with a maximum allowance of three buildable levels. After acquiring the land, a physical structure of twelve 3.20×3.20×3.20m structural frames (four frames per each of the three levels) is installed to form the structural skeleton for the future homes.

Four of those strips at each end of the terrace rows are reserved to community uses, small corner shops and other retail uses, common plant facilities, and rubbish collection rooms. These constitute the central system that makes the dwellings function and responds to collective needs at a development scale.

Once this basic common structures and services are in place, the owners can plug in and start filling the cubic structural frames with uses according to their needs. The infill dimension of the 3.20×3.20m structural frame is a 3x3m square. Owners are free to choose their development model, suppliers and timings, in a construction model that allows the final product to be ready from day one -if a rapid industrial developer system is preferred and owners count with the required capital- but also one that can accommodate different development paces and timings, initial investments, and changes over time -encouraging self-build and customization.

Such a design & build system consciously avoids speculation, as the sudden rise in value of land associated to rapid development can be slowed down over time. This development model is directly linked to well-being, quality of life and personal and community responsibility, rather than to capital gain and material wealth. It makes quality housing affordable and fosters resilience, as actively engaging owners in the design and building process of their homes and public realm makes the community care. 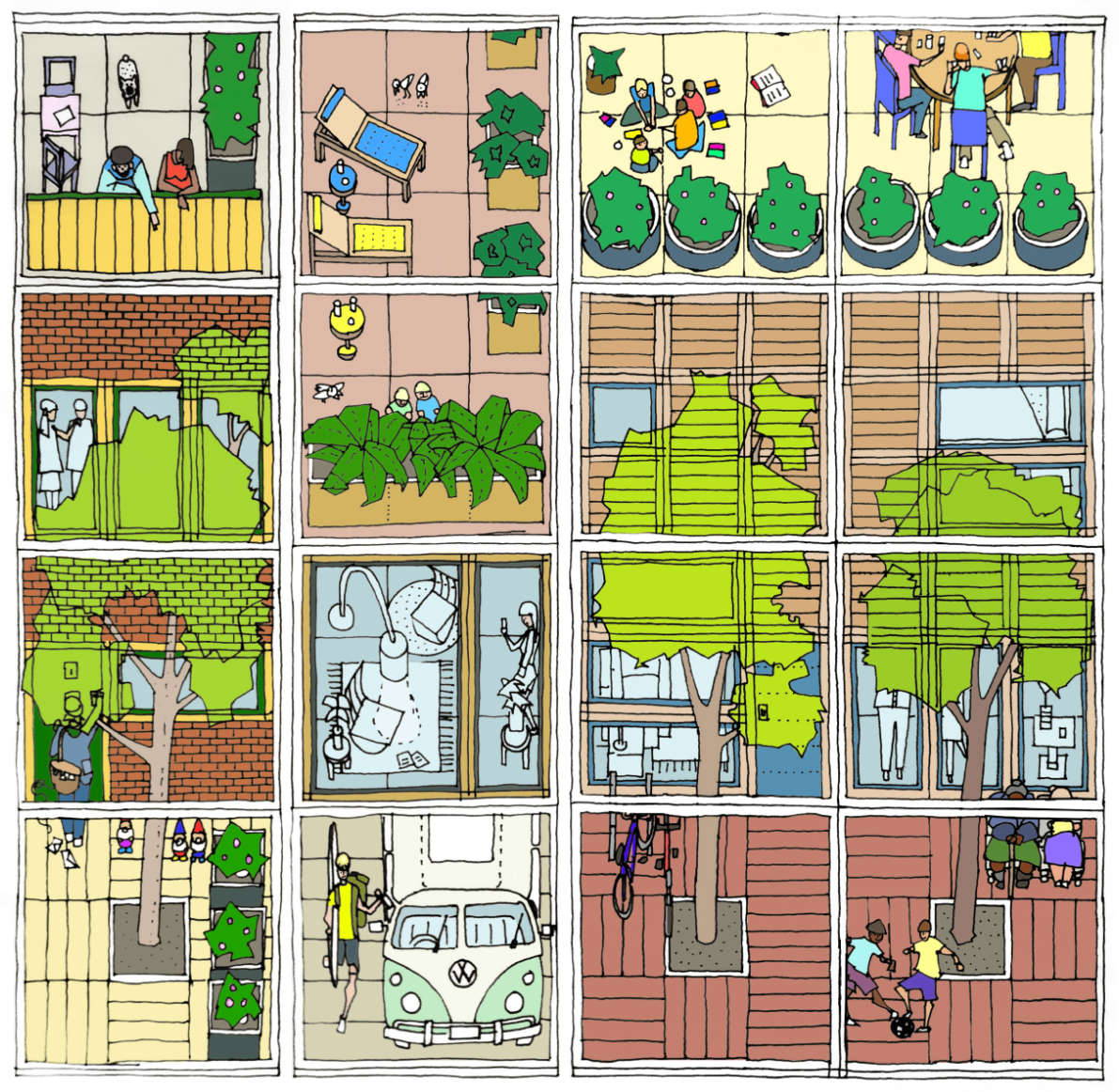 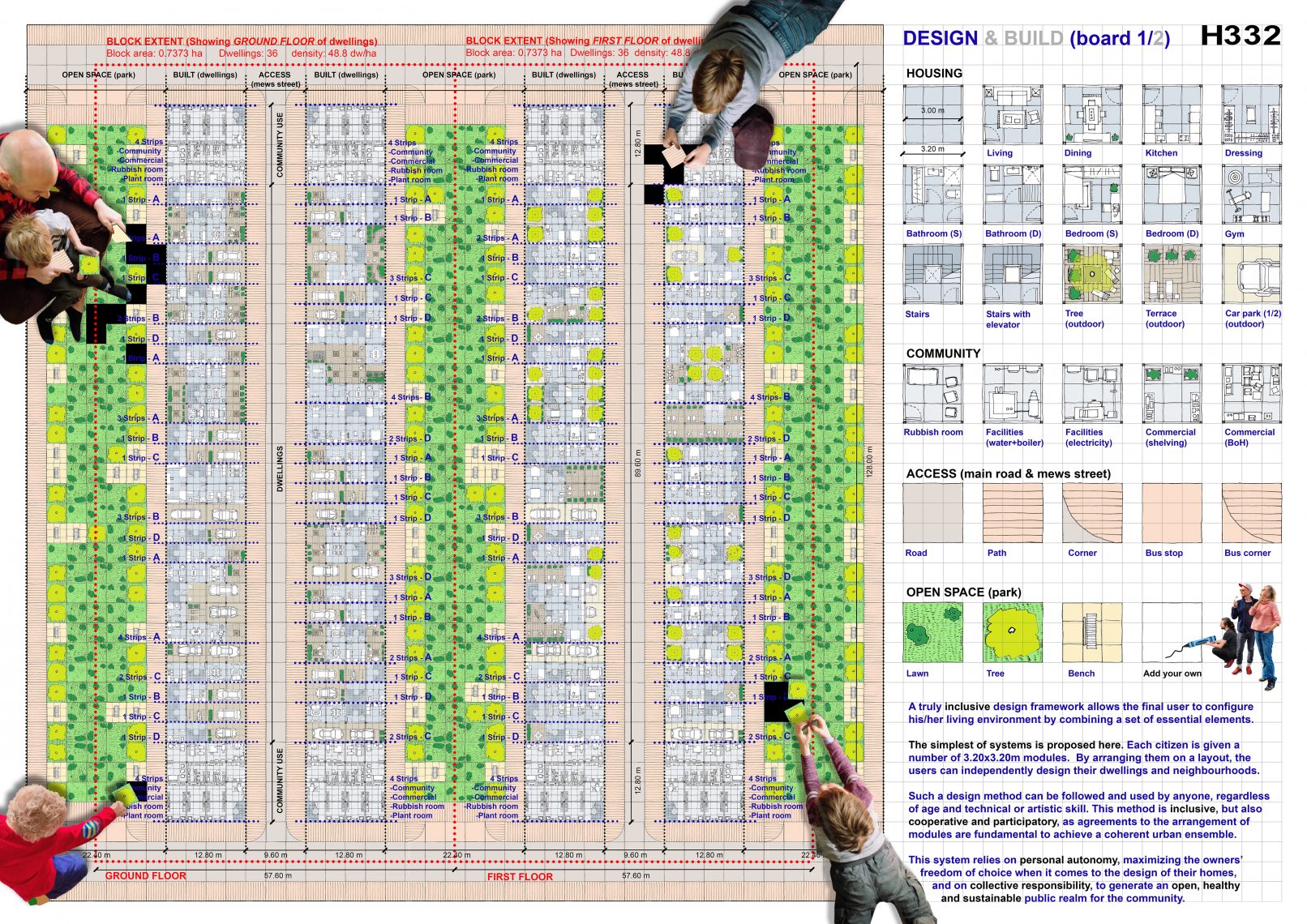 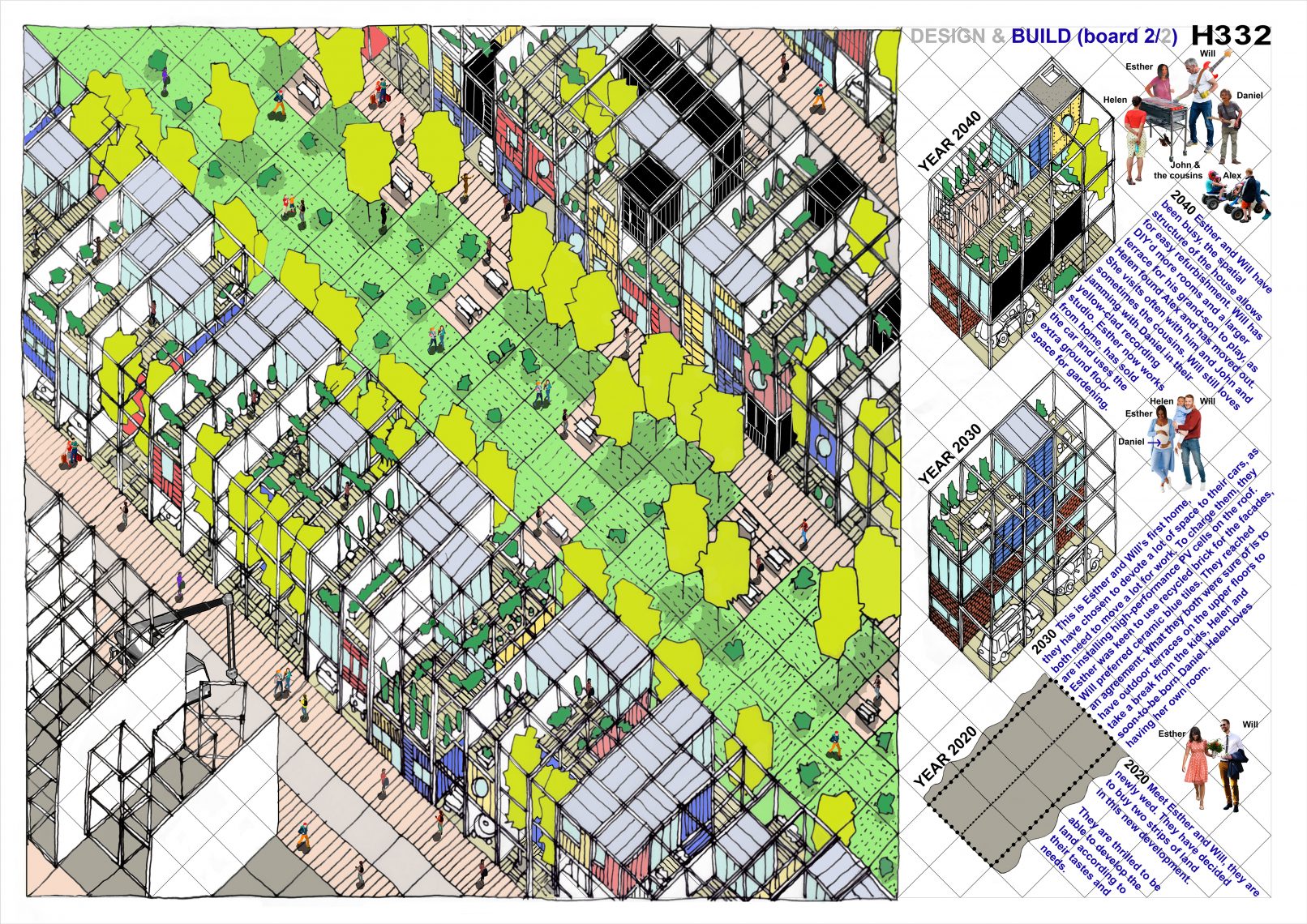