A small refurbishment in a second home in the mountains surrounding Madrid. The house has been linked to the family for years, this project explores how to expand it respectfully.

Keeping the granite stones that make the facade and never building beyond the existing perimeter of the house constitute the initial premises for a sensitive refurbishment.

Bigger and deeper voids are opened where windows were, using white concrete to hug and hold the stone facade. Additional light and views are brought into the ground floor, now a large living and cooking space, with an expanded porch to enjoy the outside.

This project is intended for intensive use during the summer months, while being able to shut tightly during the colder and more inhospitable times. White ‘mallorquinas’, a type of traditional shutters, can completely seal the ground floor seasonally, improving the perception of safety.

The sloping roof is removed, and in place, contrasting with the heaviness of the existing building, a box clad in glass settles lightly as a top level containing the bedrooms and a corner library overlooking the surrounding mountains. 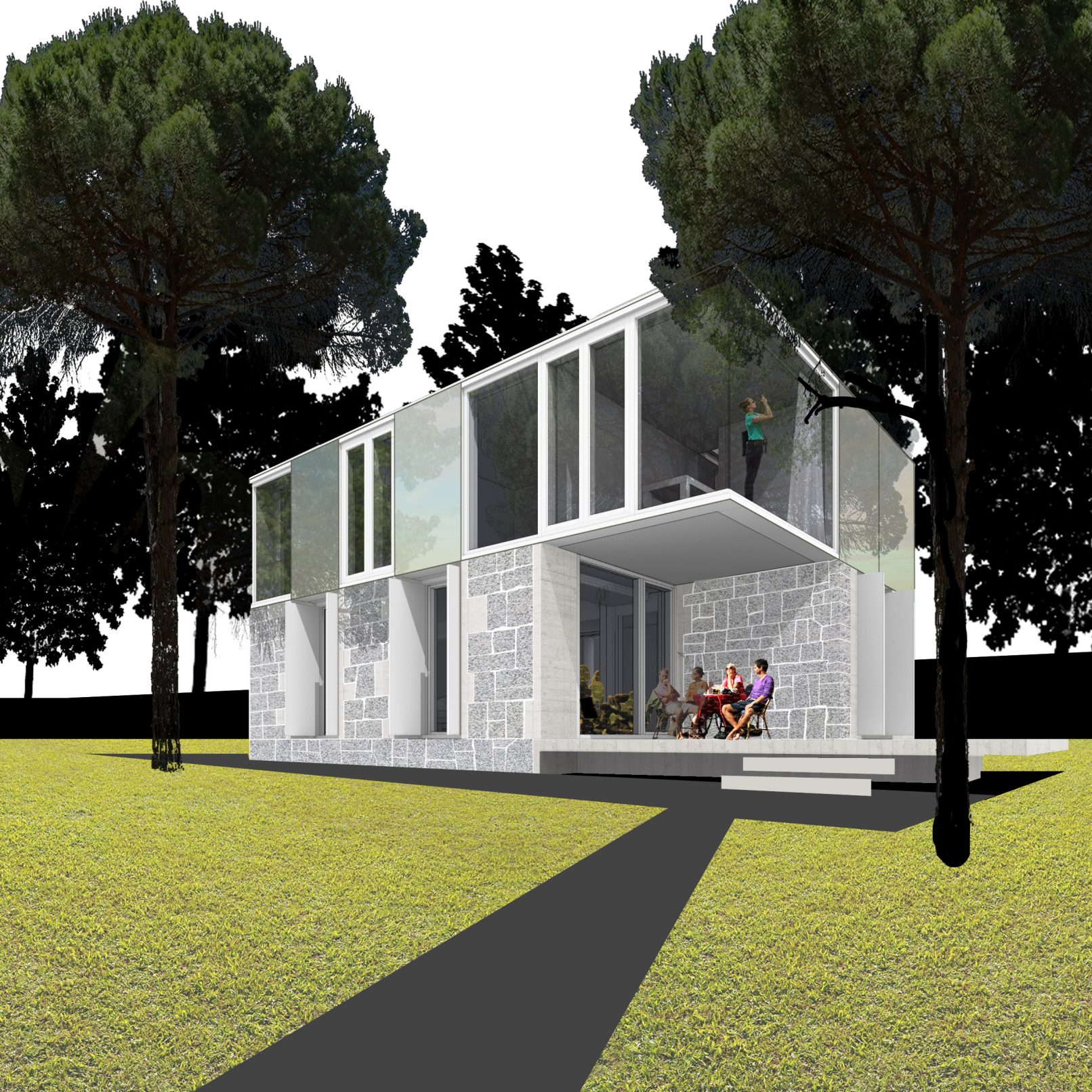 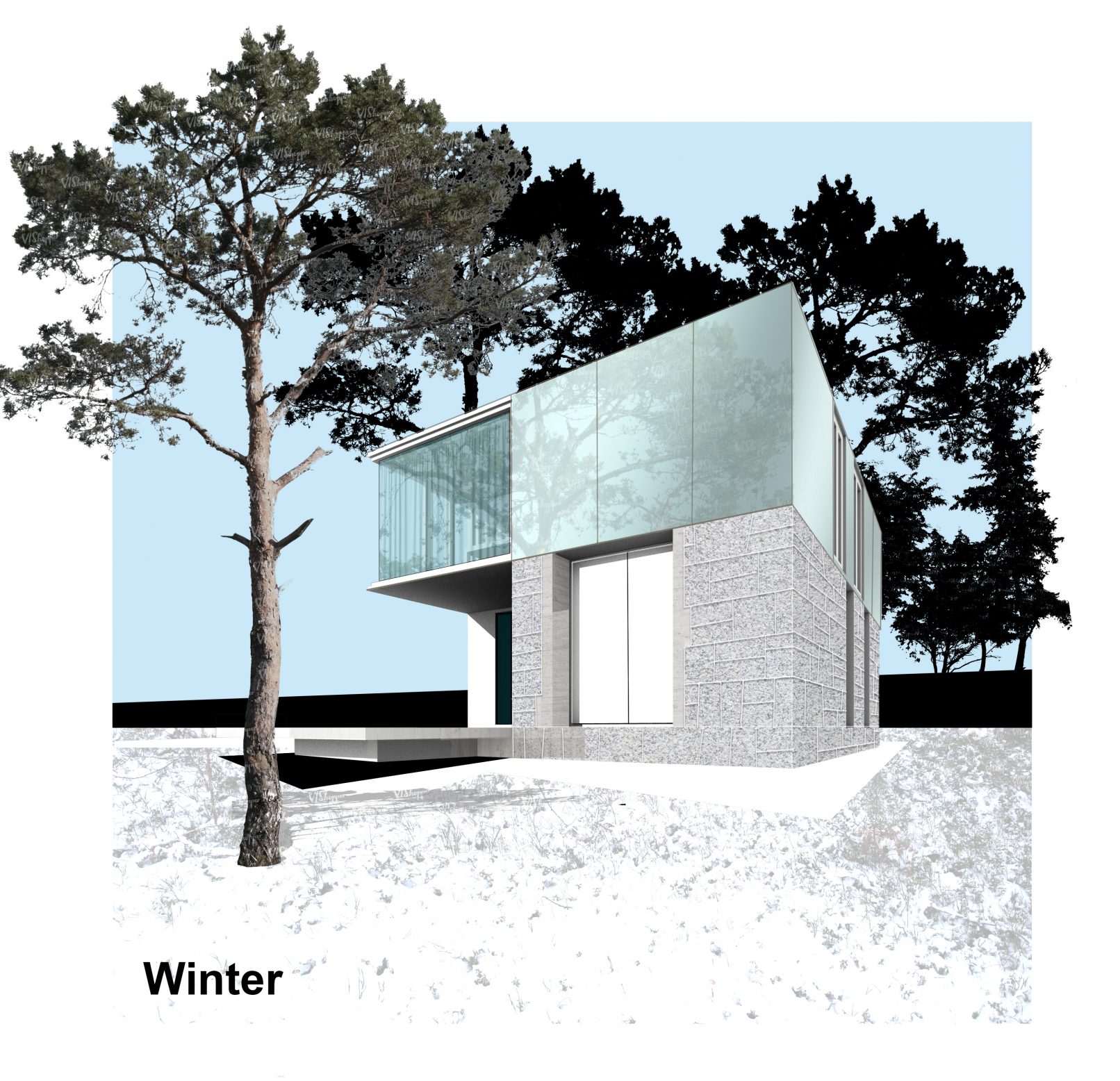 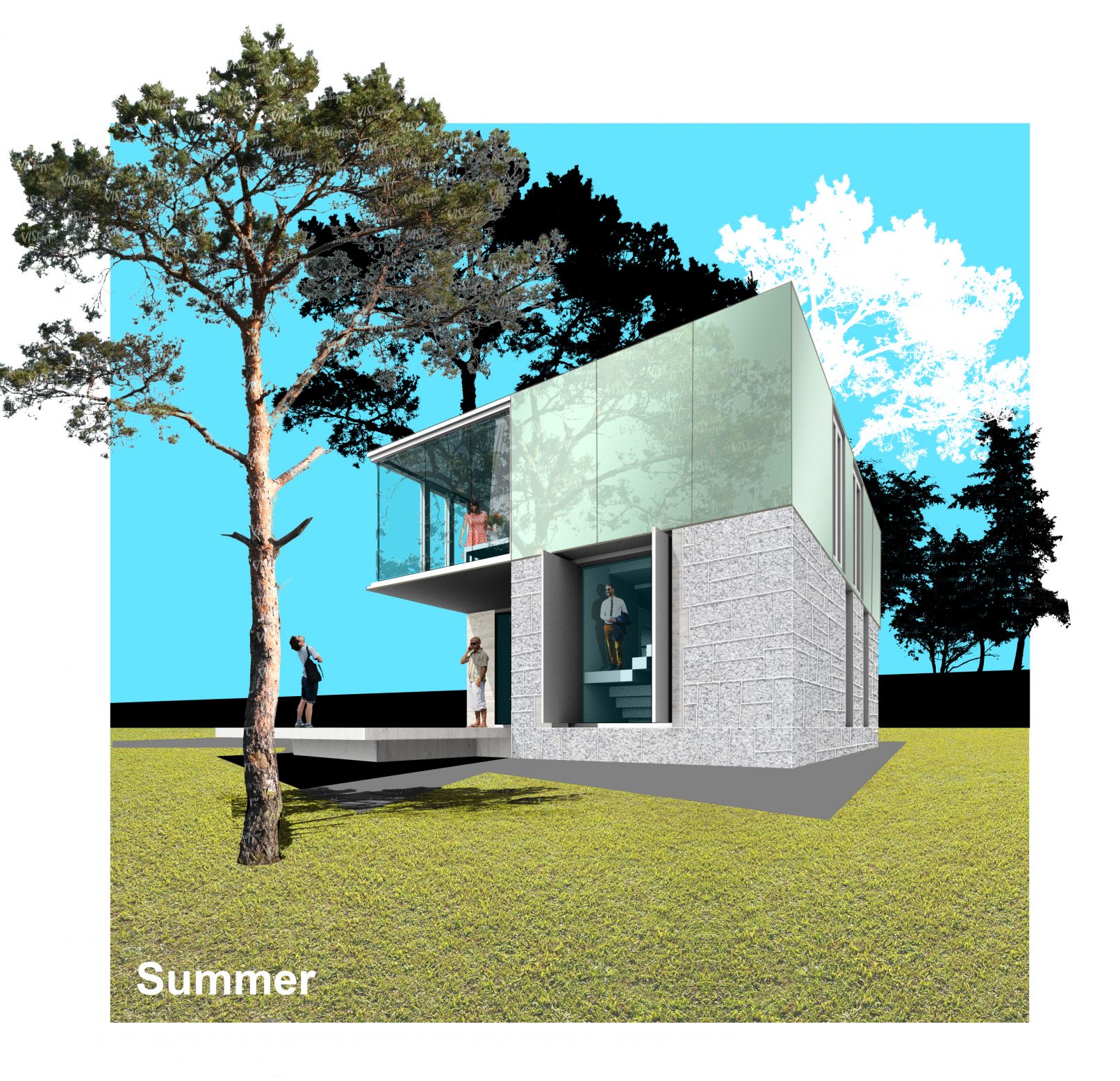 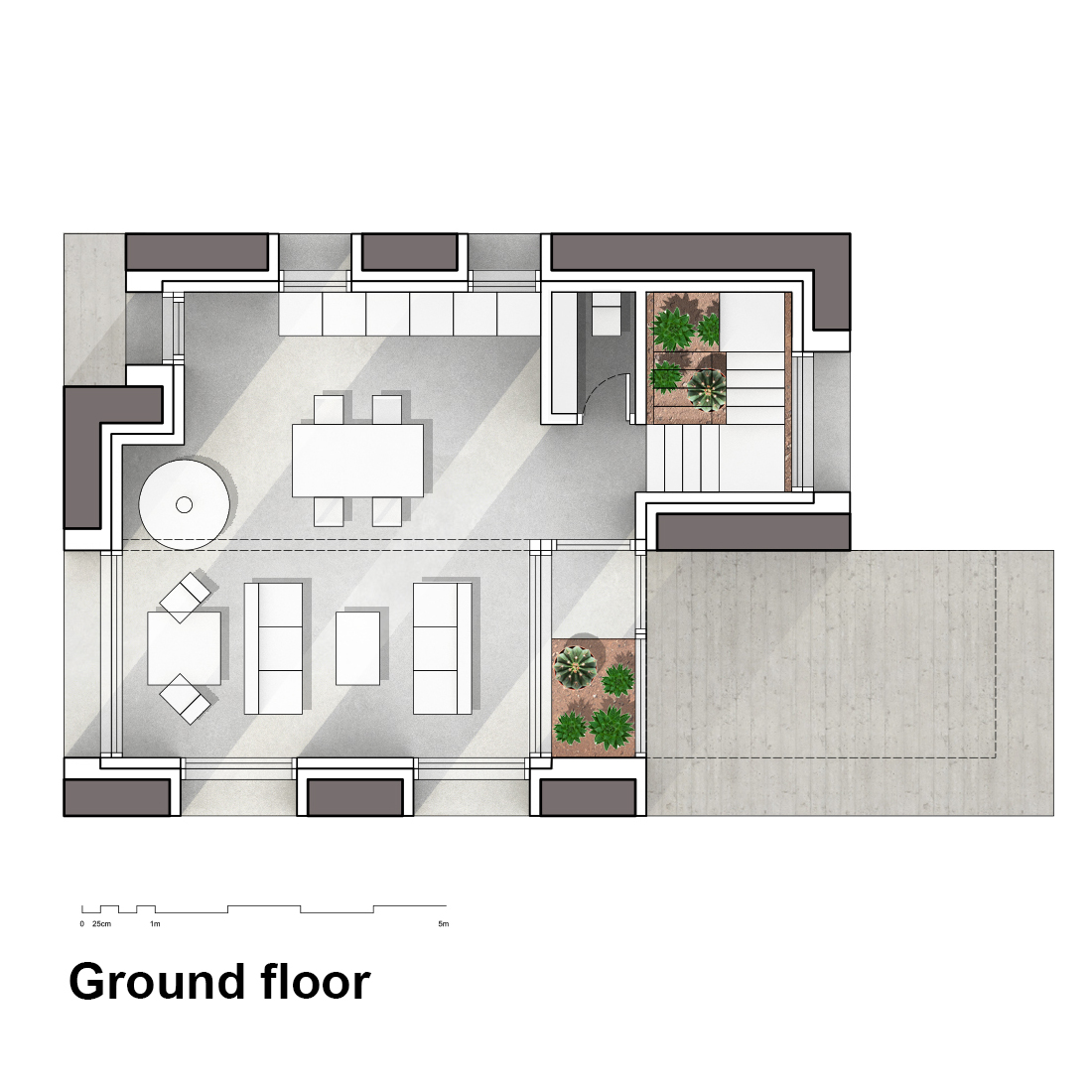 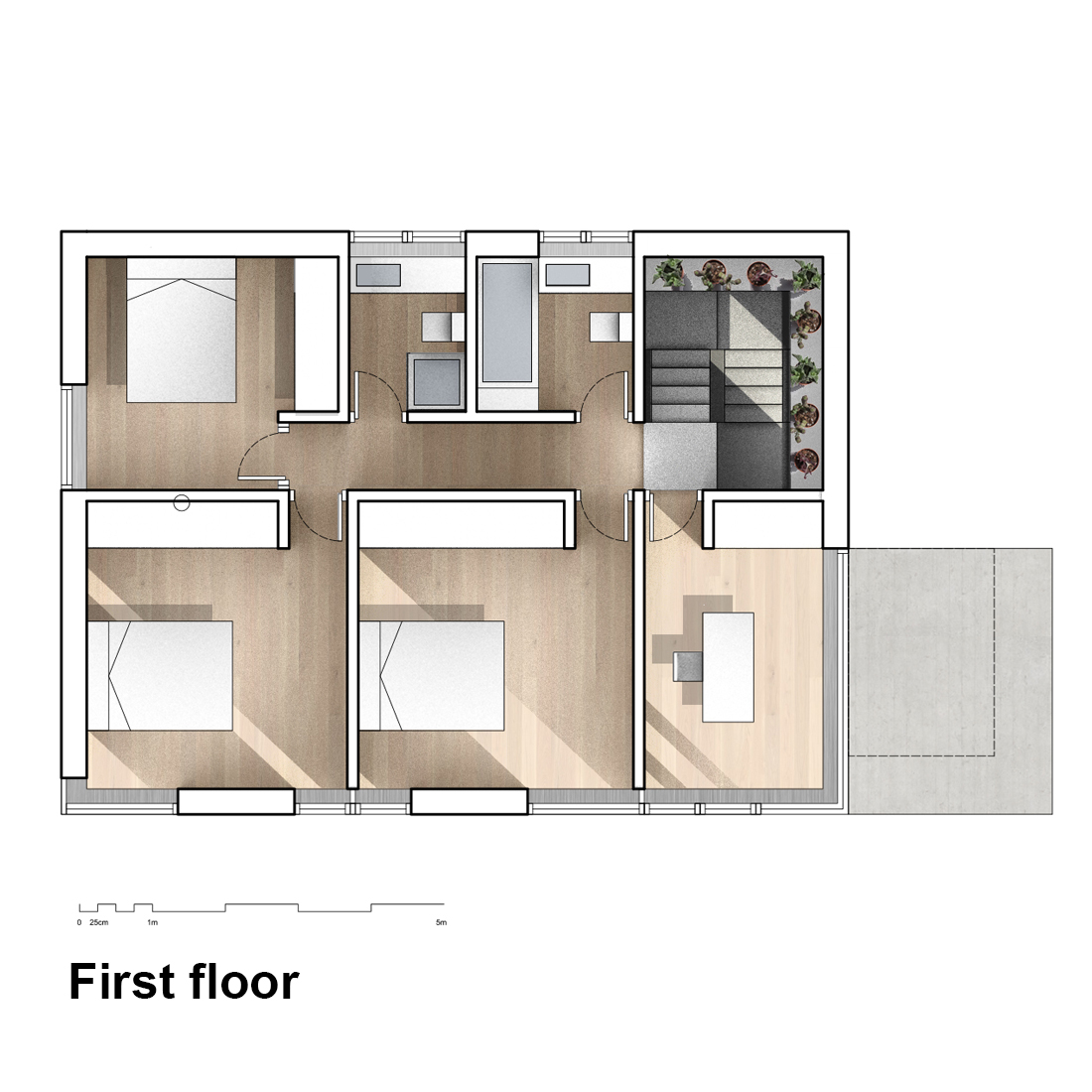 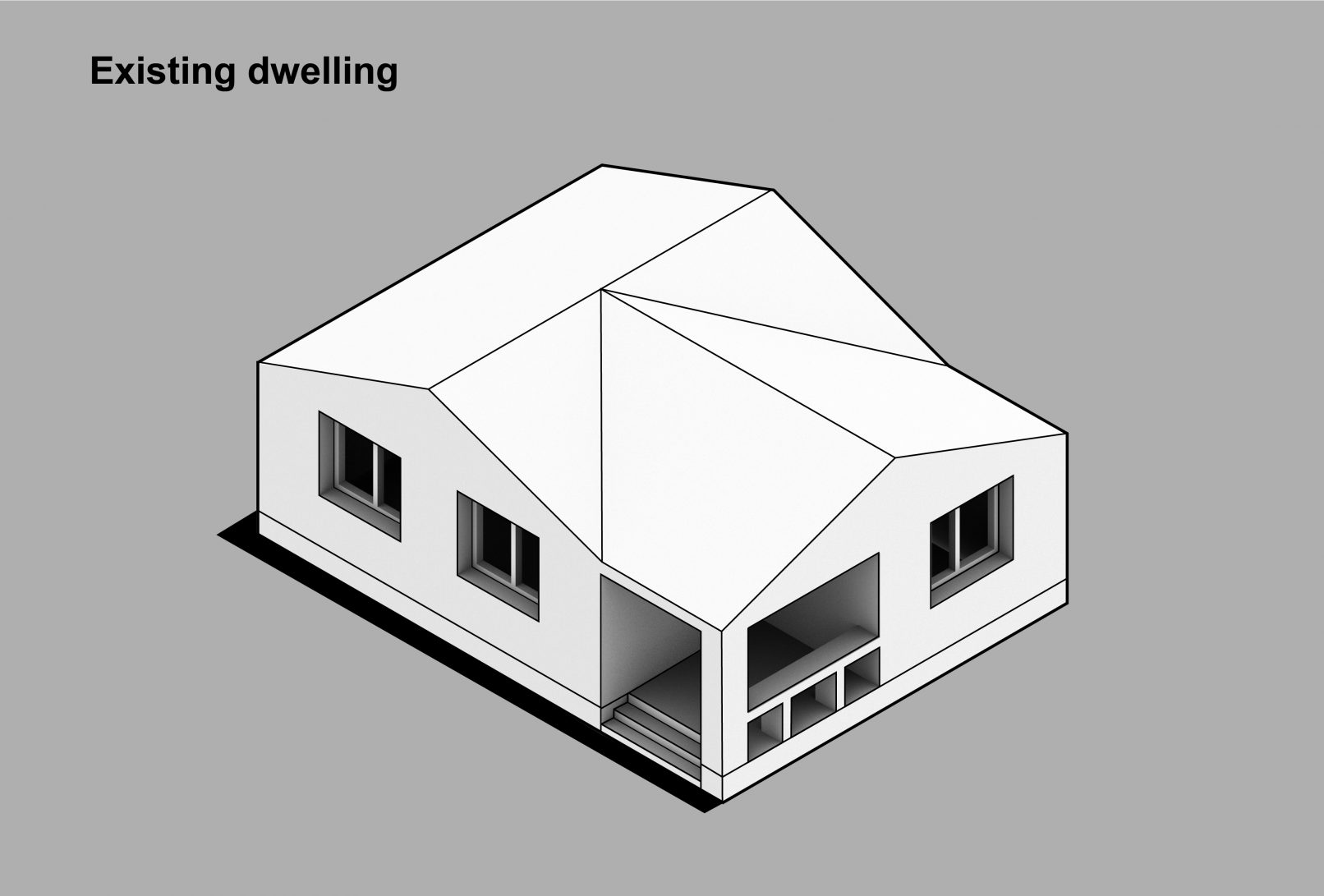 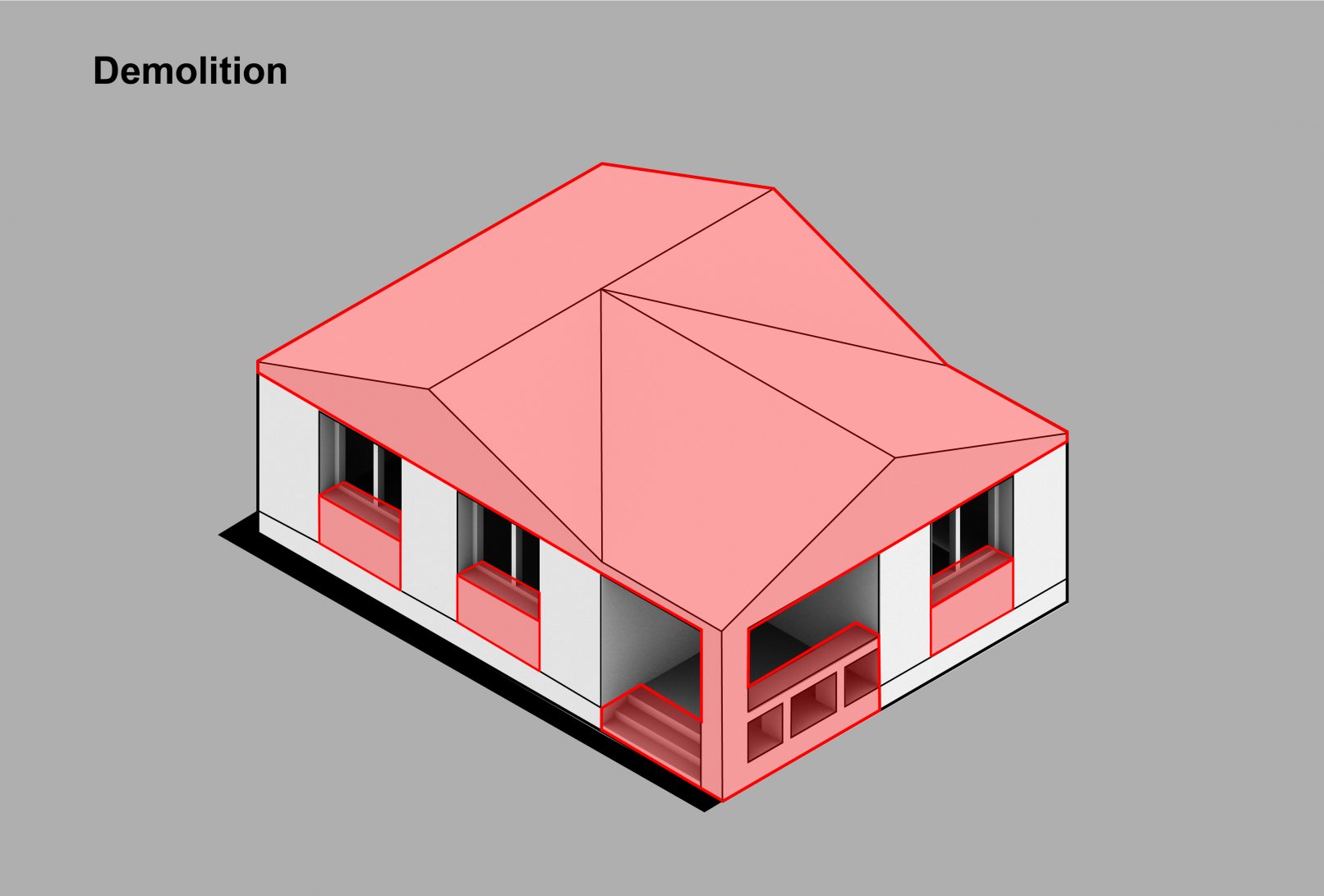 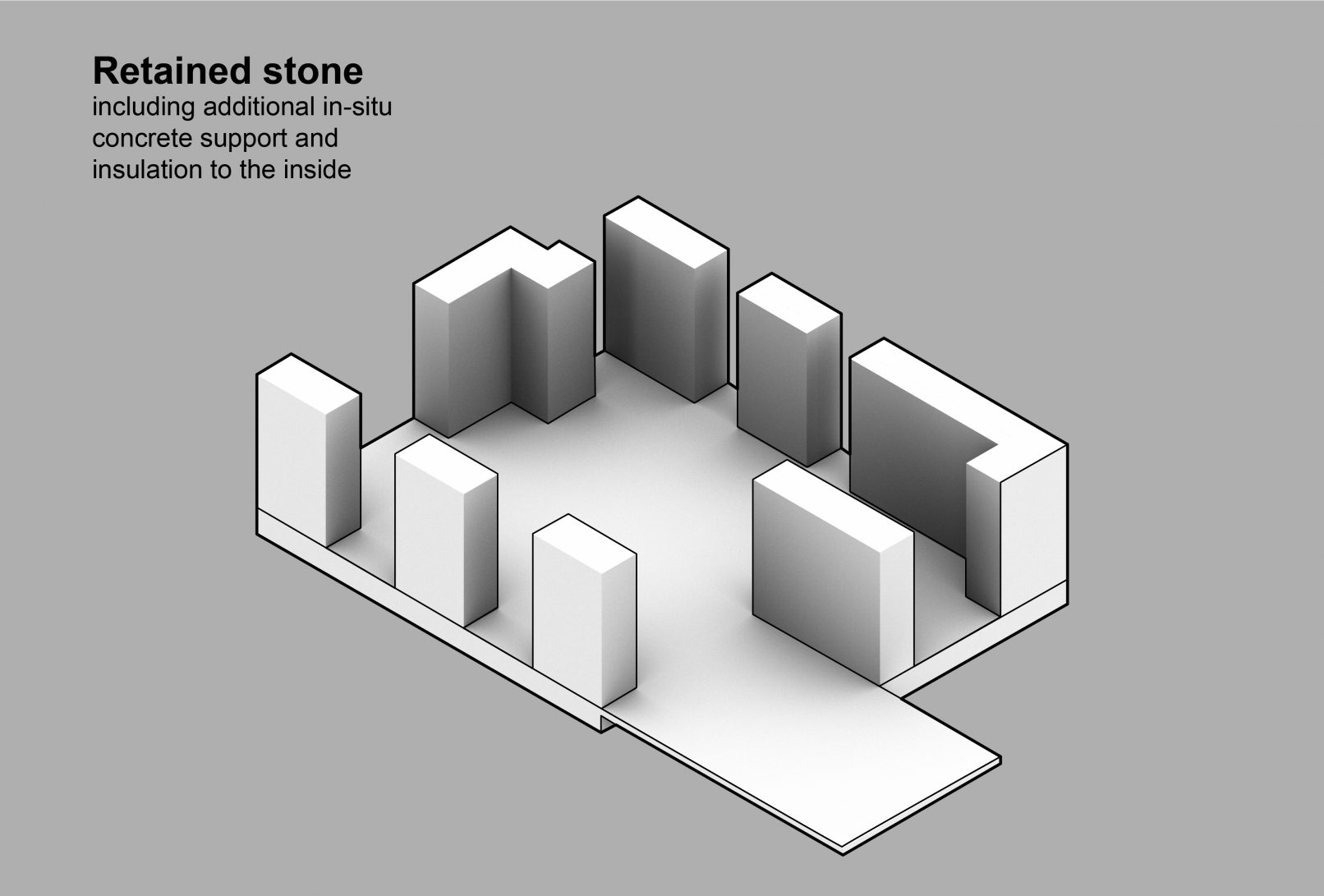 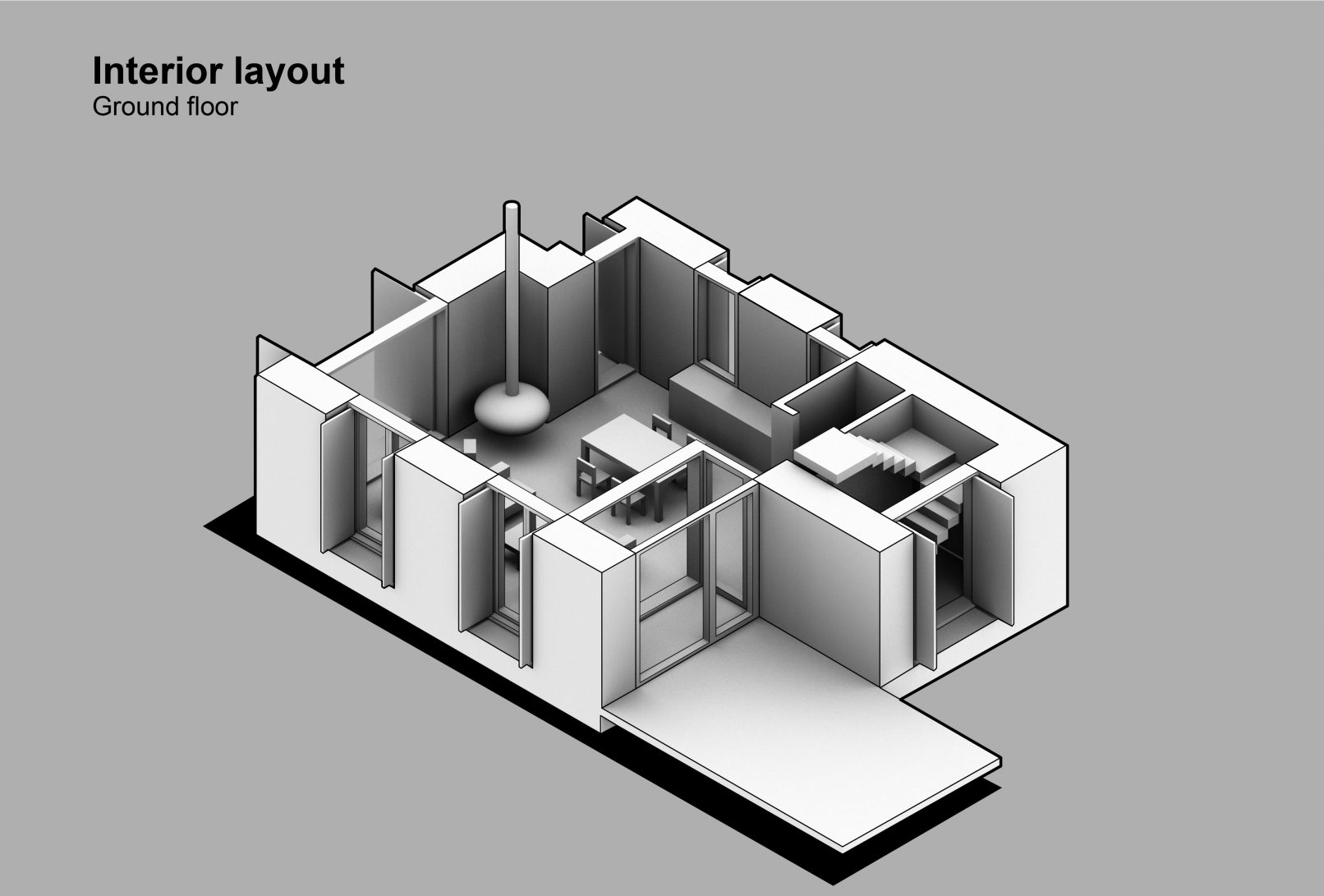 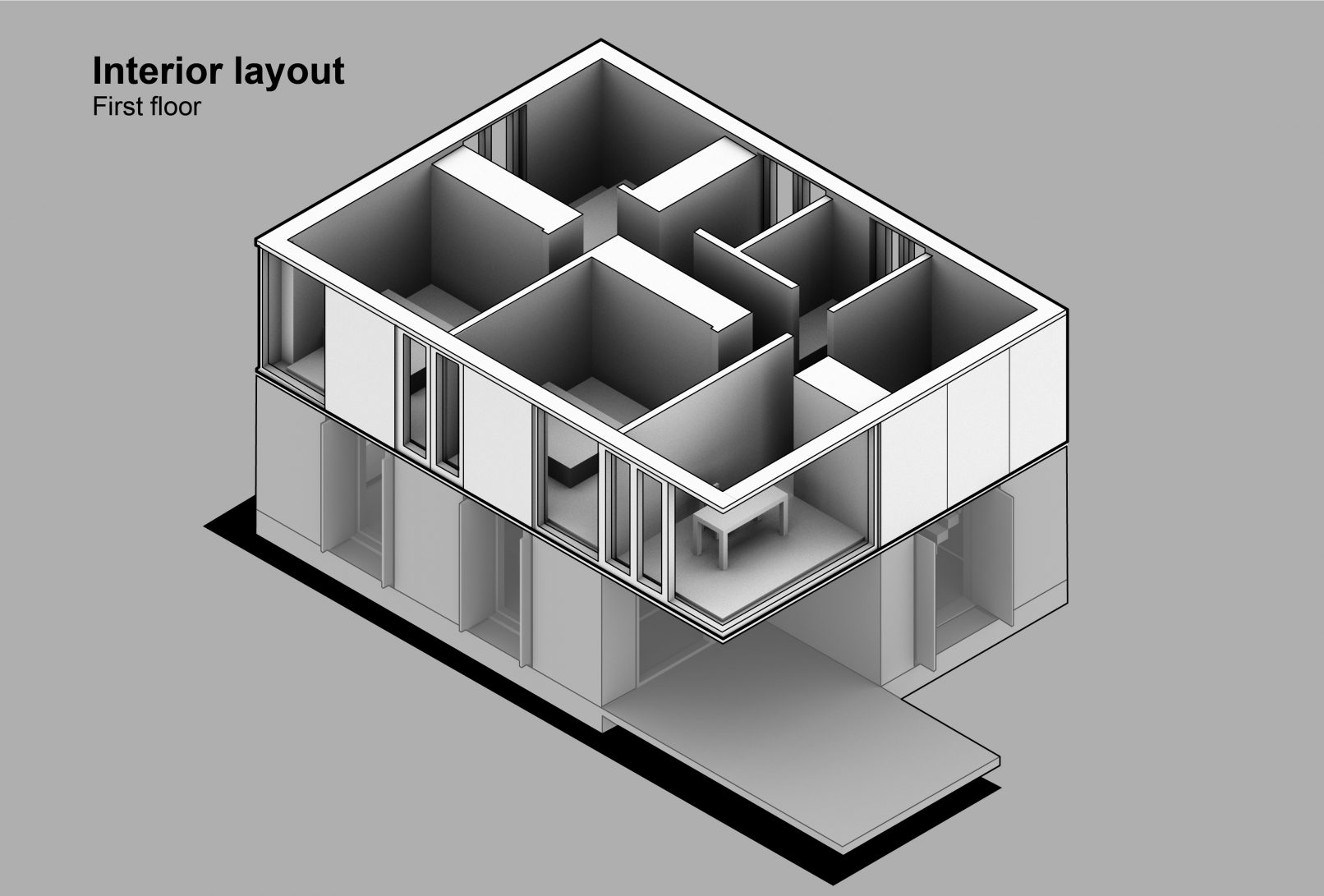 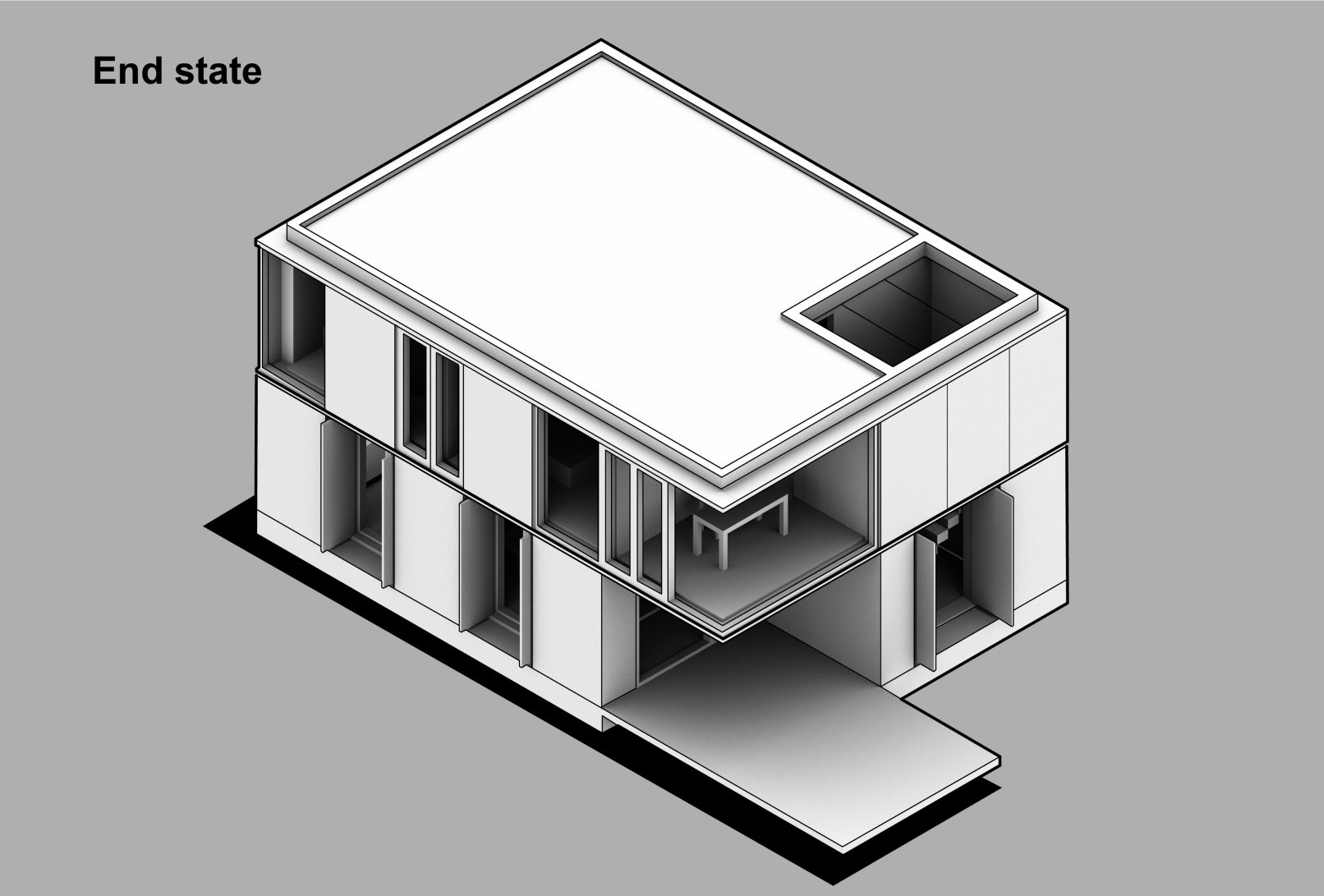